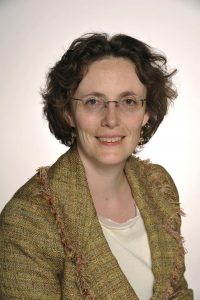 Jo Summers was made in Australia, but her mother, Pauline Kirk, just managed to get back to the UK before Jo was born.  If there had been a dock strike or a storm, Jo would have been born at sea.

Having been whisked away to Yorkshire at 8, Jo grew up in the chilly outskirts of Leeds. She started working her way back down south at the age of 19, attending the University of Warwick and then Guildford Law School (via the Université de Lille, France).  She now lives in deepest Surrey, in the middle of a forest, with her husband, two retired greyhounds and the ‘houdini girls’ (4 chickens who never stay where they’re meant to). She found out the hard way that taking up cycling in the Surrey Hills isn’t a good idea – not unless you want leg muscles like Arnold Schwarzenegger.

Despite being a qualified lawyer, Jo found she’d inherited the writing bug from Pauline. She writes for the legal press, national newspapers and has recently branched out into textbooks.  However, none of this was a much fun as creating the DI Ambrose series with Pauline, even if they did have the occasional artistic difference (it’s amazing how you can sulk by email when you want to!).

Jo’s interests are varied.  She may be the only Grade 8 oboe player who has also been a deep-sea scuba diver, plumbing the depths in almost every sea in the world (as well as numerous muddy ponds in the UK).  When she isn’t writing or lawyer-ing, she runs a website dedicated to traveling with pets: www.takeyourpet.co.uk(taking her dogs on steam trains being a popular way to spend a weekend).