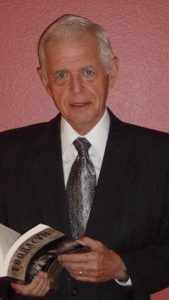 Born in York, England, in 1942, Graham emigrated to Canada in 1956 with his family and met his wife Marie in high school. They were married in 1963 and have three children, and six grand children.

Graham articled in Edmonton with one of the root firms of KPMG, and obtained the professional designation of Chartered Accountant in 1966. His professional career spanned forty three years. During the first four years he worked in industry, employed by corporations rather than a public accounting office. He held financial management positions in the chemical industry in Edmonton and Montreal (Chemcell Limited), and the aviation and plastics industry (Northwest Industries Ltd.). A strong desire (calling?) to live in the country moved Graham and Marie to Westlock in 1971, and he returned to public accounting. In January of 2009, he retired as senior partner of the firm Clews, Shoemaker, Viney and Friesen.

Graham and Marie also owned and operated a farm in the Westlock area, small by Alberta standards: a cow/calf operation with about sixty cows. Over the years, he has also operated a home manufacturing plant building log homes in some of the remotest parts of Alberta, and served as co-chairman of a publicly traded gold company (after a bitter proxy fight). He served seventeen years with the Canadian Armed Forces Reserve, retiring as a captain on reaching the age of fifty-five.

Graham has also been quite active in the community, serving on the Tawatinaw Valley Ski Board, the Westlock Library Board, the Westlock Drama Society, the Westlock Scholarship Board, the Westlock Cultural Arts Society, and as a cub master in the Boy Scouts of Canada. He has also served as president of the local Provincial Progressive Conservative Association, the Army Cadet League of Alberta (also on the national board of governors), and the Rotary Club of Westlock. Memberships past and/or present include the Rotary Club, the Edmonton Branch of the Winston Churchill Society, Westlock Independence Network (for the disabled), and Mensa Canada.

At fifty five, Graham retired from the Army Reserve and with more time on his hands, decided to get serious about writing. In 2006 he published a middle grade fantasy novel titled Jessica Jones and the Gates of Penseron, which was professionally evaluated and edited, then kid-tested on a grade seven class in the Greater Vancouver area of British Columbia, where it was very well received. The book revolves around the changing world of Penseron, where mind matters more than matter, and time is merely a destination. The central character is a little person, Jessica Jones, who is lured to Penseron with her unwilling brother Jake, in order to solve---among other problems---the sudden disappearance of her ancient, first century look-alike.  The beginning of their adventures are in York. The book won the Edmonton BookAdz best novel of 2006 award. 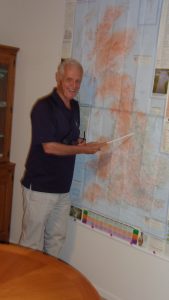 In early 2007 Graham published Eboracum, The Village, a novel based on the founding of the English City of York (Eboracum) by the Romans in AD 71. This novel won the Premier Book Awards best historic novel of 2007/8. A second edition was updated on completion of the final book in the Eboracum Trilogy in 2010, and it was re-copyrighted at that time. Eboracum, The Village has now been published by Stairwell Books, a York based publisher, in 2019 to bring the story back home to its, and Graham's, origins. This in effect the third edition.

In December, 2008, Eboracum, The Fortress, was published. This was the second of the Eboracum trilogy, and won the Premier Book Awards best historic novel of 2008/9. As with The Village, in 2010 it was updated on publication of the final book in the trilogy, Eboracum, Carved in Stone.

The Eboracum trilogy spans the thirty five year period from the expulsion of the Celtic villagers inhabiting the York site, to the building of the fortress in stone. The story is told through the eyes of three generations of Roman and Celtic families whose fate, over this period, grew indelibly intertwined. As an historic novel it is unique, in that there are no evil villains or extremely daring heroes. The characters are people such ourselves with all our strengths and failures, sometimes tragic and sometimes darkly humorous, and always with a practical realism that evolves when people are forced into situations that are often beyond their control. The three books have been extremely well received, often surprisingly so. When Graham finished the first novel in the series he thought it would be a male read. The female readership has been equally overwhelming. Perhaps it is because the women in the novels often have their blades honed a tad sharper than their men...