Claire Patel-Campbell has always written. As soon as she knew how to use a pen to form letters, she was making up stories, all no doubt long since lost to house moves and clear outs and time – but there it began. 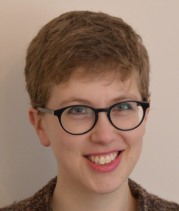 There were, at one time, notebooks upon notebooks full of her early scribbles, and over time, the notebooks turned into floppy disks (for those under 25, a floppy disk was a primitive way of storing data before all computers had hard drives big enough to house whole libraries) full of angsty poetry and short stories. She was single-minded in her goal: she would write, no matter what. She studied English at A-level and at university. She wrote short stories and poetry and diaries and published them on early blogging sites like Blurty and LiveJournal (the LiveJournal still exists. Track it down if you can).
The issue, of course, was finding a way to make a living with writing and so shortly after graduating from university, she trained as a journalist at the Press Association centre in Newcastle (now sadly closed), where she achieved her preliminary qualifications, including the ability to write 140 words a minute in shorthand.

After she finished her training, she took a job at a local paper in east London, which was she enjoyed immensely for about six months, and then less and less for eighteen months after the global financial crisis took hold, and cutback after cutback pared it down to the bone. From there, she moved to the delightful world of business-to-business journalism (yes, at least one publication she worked for did feature on Have I Got News For You), which afforded her the opportunity to travel, and, in many ways, to hone her creative skills – it’s not easy making vendor finance seem interesting. Her travels included visits to Ukraine, France, Australia, Spain, Italy, Germany, and also Kazakhstan, where she was presented with a riding crop made of a goat’s foot. To this day, she doesn’t know why.

Throughout that period, she continued to write creatively and self-published her work on various blogs, without thinking especially hard about formal publication. Then, in 2014, something changed. She was struck with an image that wouldn’t leave her alone, until finally, she decided it was time: the image would be the foundation of her first novel.
It took her about two years to get there, but 90,000 words later, the image became the novel and the novel became Abernathy, a literary murder mystery set in rural northern Wisconsin. When crowdfunded publisher Unbound showed an interest, she was thrilled, but sadly, crowdfunding doesn’t work for everyone and in the end, she had to call it a day. The silver lining, though, was that through her various travails at open mic nights, she met her lovely publishers at Stairwell Books.
She now works as a press officer in Leeds and currently lives in a tiny house in York with her husband, their books and her daughter.