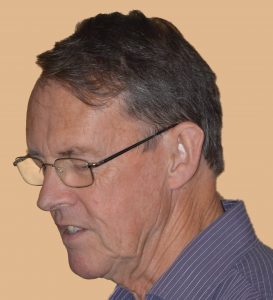 Although he wrote his first rhymed verse in a classroom, at the age of seven, it was only in his 30s that Tony Lucas started to focus on poetry as his main creative work, and began to be published in magazines.   Since then his poems have appeared regularly in publications such as Ambit, South Bank Poetry and Dream Catcher, along with many other journals and anthologies.  Earlier collections of his work were produced by Stride Publications.

Meanwhile, he had been ordained to the ministry of the Anglican church, and spent 40 years living and working with communities around London, including twelve years in Brixton during the troubles of the 1980s, and fifteen years in Borough High Street, around the time of the Millennium.  This was a period when Bankside was being transformed from a forgotten corner of the capital, to the social and cultural hub it is today. His time there included helping to oversee the £3.6 million restoration of a listed building.

As one of his children settled in America, this has occasioned periodic visits to California over many years, and has led to some engagement with the poetry scene there.  He has had work in a number of US magazines and, for a time, made editorial contributions to a journal based on a West Coast campus.

Though now retired, Tony has a continuing involvement with training and provision of spiritual direction, also an engagement with research on local and family history.   Carolyn, his wife, works at Tate Modern; she also sings and has long-term experience in designing and making jewellery.   They have always made good use of the opportunities London offers to keep in touch with contemporary theatre and visual arts.   Above all, though, retirement has allowed for a greater focus on writing poetry, and his new book, Unsettled Accounts, carries some of the fruits of this.